Writings from Omari Scott Simmons
May 5, 2016  by Omari Simmons 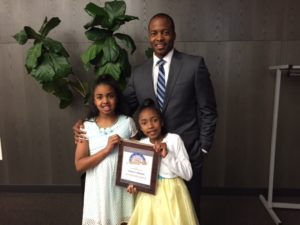 Since 1985, Winston-Salem’s oldest and most-respected community newspaper has invited elected officials, business professionals, community leaders, residents and other stakeholders in the community to take part in the award ceremony designed to honor individuals throughout the area for their hard work and dedication to improving lives. Last Saturday evening, April 23, hundreds of people gathered at the Donald Julian Reaves Center on the campus of Winston-Salem State University for the 31st edition of he annual event.

Professor Simmons and Dean Reynolds were presented with Community Service Awards, along with Paulette Lewis-Moore, the Rev. Kelly Carpenter, Bishop Todd Fulton and Elizabeth Speight. The Innocence and Justice Clinic, led by Rabil, was one of the recipients of the Organization of the Year award, along with the Winston-Salem Urban League.

The community service awards event was created to recognize those individuals who benefit the overall quality of life for the community, many of whom are often unsung heroes who go about their daily lives helping to improve the conditions of the city, according to Chronicle Publisher Emeritus Ernie Pitt.

The following article,  “The Chronicle Honors Community Servants”, by Tevin Stinson, was originally published in the Winston-Salem Chronicle on April 28.  Read More

It was an honor to deliver the keynote address for the 31st Annual METCO Director’s Association Conference on December 4th.  METCO is truly one of the great success stories in U.S. education with approximately a fifty-year track record creating educational opportunities for vulnerable youth.  It was great to visit Massachusetts and engage with a wonderful organization composed of passionate educators. To learn more about METCO click here. 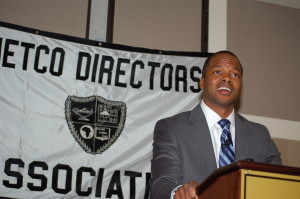 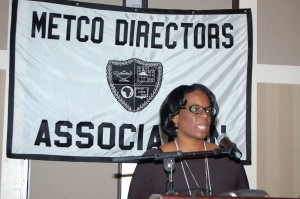 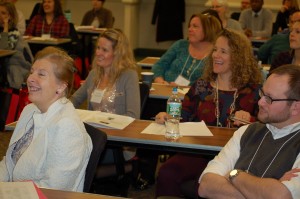 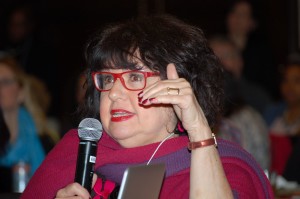 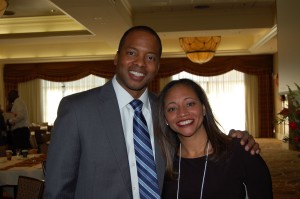 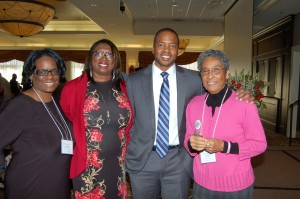 The METCO Directors’ Association (MDA), founded in 1975, provides educational leadership in the areas of school desegregation, academic achievement for students of color, multicultural education, and parent empowerment. The MDA membership is comprised of concerned professionals who serve as METCO Directors or Coordinators in more than thirty suburban communities in the metropolitan Boston area.

Massachusetts’ METCO program (Metropolitan Council for Educational Opportunity) enables students who live in Boston and Springfield to attend opportunity-rich suburban schools. METCO is one of eight voluntary interdistrict school desegregation programs in the United States and the second longest-running program of its kind.
in News 0 comments
July 6, 2015  by Omari Simmons

Some say the biggest changes in Brooklyn in recent years are the wave of gentrification that has swept the borough and the arrival of a Silicon Valley-style entrepreneurial culture. The first has brought with it both new business opportunities and skyrocketing rents; the second has revitalized neighborhoods like Dumbo, where major startups such as Etsy have their offices, and put Brooklyn on the map as its own destination outside the shadow of Manhattan.

But Brooklyn’s Brownsville neighborhood, with a long history of high poverty and crime rates, has seen little of either. The Dream Big Foundation is hoping an entrepreneurial focus will help the neighborhood improve and maintain control over its future.  Read More

On Monday, June 29, Professor Omari Simmons gave a presentation titled “Social Capital and Navigating the Higher Education Landscape” for the Carolina Advising Corps. The presentation was part of the training of new Carolina Advising Corps participants. “The Carolina College Advising Corps helps low-income, first-generation, and underrepresented students find their way to colleges that will serve them well. By providing well-trained, enthusiastic advisers who are close in circumstance to the students they serve, the program aims to increase college-going rates at partner high schools across North Carolina,” said Simmons.  Read More

Professor Omari Simmons was inducted into the MERIT Hall of Fame for his efforts advancing higher education opportunity in Southern Delaware. The ceremony was held at the Seaford Boys & Girls Club on Saturday, June 6 in Seaford, Delaware.

“ The function of education is to teach one to think intensively and to think critically. Intelligence plus character - that is the goal of true education.”